Both ZVV (in charge of public transport in the Zurich region) and SBB (the Swiss Federal Railway) offer useful apps where you can buy tickets, check timetables and connections and much more. 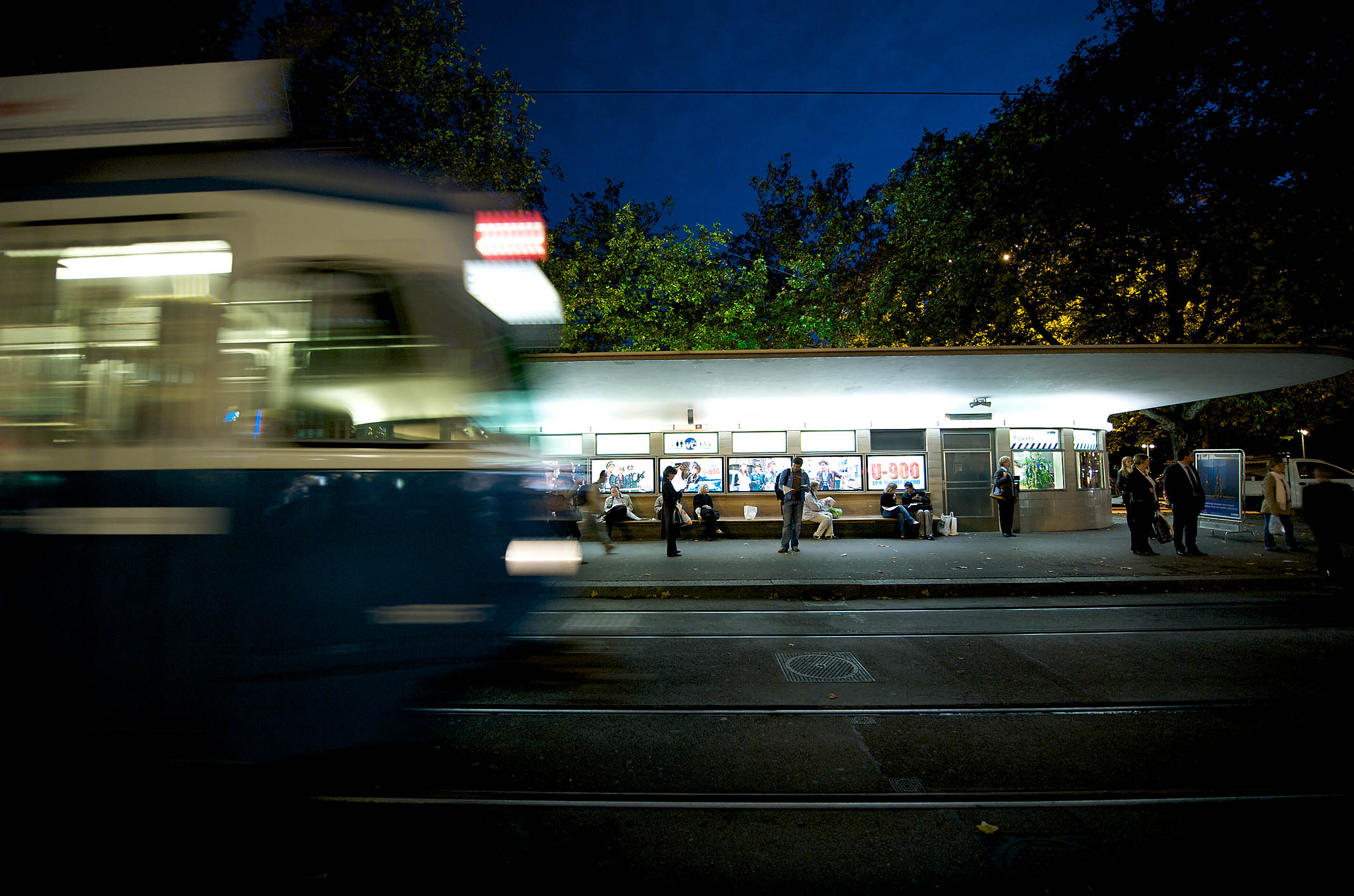 The public transport network in Switzerland is reliable, safe and efficient. It's no problem to get around without a car – in fact, about half of the population in the city of Zurich doesn't own a car. Not only Zurich, but the whole country is perfectly accessible by train, tram and bus. Information and timetables are available online or on the very convenient SBB or ZVV apps. Be aware that tickets cannot be bought onboard and fines for travelling without a ticket are steep. There are plenty of vending machines, where you can buy tickets before boarding. Tickets can also be bought online or even in the SBB app.

ZVV is the public transport operator within the canton of Zurich. Thanks to its very extensive network in the city of Zurich, including S-Bahn (suburban rail), trams, buses and boats, you can reach any address with only a few minutes of walking. The network is divided into different zones, which have to be taken into consideration when you buy a ticket. You can get a monthly or annual travelcard for either only the city of Zurich (zone 110), the whole canton (all zones) or a flexible amount of zones, depending on where you live. More information on options and prices can be found on the website of ZVV.

The Swiss Federal Railways (Schweizerische Bundesbahnen), in the German-speaking part usually referred to by the abbreviation SBB, is very well organized, convenient, and takes you almost everywhere. Intercity trains connect Zurich directly to various cities in Switzerland or abroad. Regional trains and the S-Bahn (suburban rail) network also include stops in-between the larger cities. SBB has a useful app for checking timetables and purchasing tickets via smartphone.

With the Half-fare travelcard you can travel half price on the entire Swiss public transport network, including all SBB railway routes, busses, boat and ferry crossings and even many private and mountain railways. Half-fare travelcards can be purchased at railway stations, you just need to bring a recent photograph and a valid identification document. If you’d like to buy a travelcard online, you’ll need an electronic picture, your ID or passport number and a credit card.

If you’re a frequent traveler or intend to travel longer distances, you might consider purchasing a GA (Generalabonnement), which allows unlimited travel on all SBB railway routes, busses, boat and ferry crossings and numerous private and mountain railways.

If you're commuting to Zurich from outside the canton of Zurich, a point-to-point travelpass might be an option as well. This is only valid on a particular route. It’s recommended to carefully compare prices, as for instance a Bern-Zurich travelpass is more expensive than a GA, which allows unlimited travel on all routes.

If you’re under 25, then the seven25 travelcard might be a good addition to a half-fare travelcard. It allows for unlimited travel on trains and other public transporting Switzerland (including the ZVV network) from 7pm to 5am in 2nd class.

One possibility to save money on train trips is by buying a supersaver ticket, where discounts reach to up to 50 per cent. This kind of ticket is available only 30 days before the date of your trip and is only valid for the selected train connection.